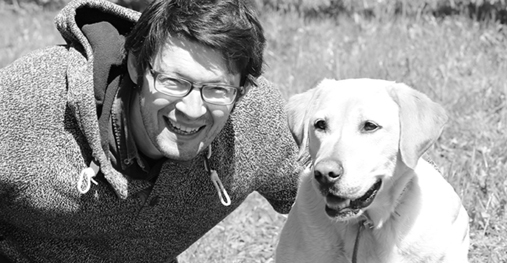 Do all animals experience diabetes?

No, not all animals get diabetes. Those that do include pigs, apes, sheep, cats, dogs, and horses. In particular, all mammals produce insulin and will develop what humans often refer to as diabetes (high blood glucose levels) if the beta cells in their pancreases are removed. But in the case of animals that can develop diabetes-type problems, there are various classifications, usually depending on the species. For example, veterinarians divide dog (canine) diabetes into insulin-deficiency diabetes and insulin-resistance diabetes, which are somewhat similar to human type 1 and type 2 diabetes, respectively. In addition, female dogs can develop a canine form of gestational diabetes; other dogs can develop a form of autoimmune diabetes that is similar to a human’s latent autoimmune diabetes in adults (LADA). Even cats are not immune, often developing feline diabetes that is similar to a human’s type 2 diabetes.

How do some dogs—and cats—help humans who have diabetes?

One of the more amazing talents of some animals—especially dogs and some cats—is knowing when their owner is experiencing a diabetic event. These “therapy dogs” (and some cats) often alert a person with diabetes that he or she will soon experience a diabetic episode. The reason for the ability is thought to be a dog’s powerful ability to smell: Many people with diabetes have a certain smell when blood glucose levels are too high.

Yes, cats can develop diabetes. As with humans, diabetes is a common disease in cats, in which the cat’s body does not produce or does not use insulin properly (similar to human type 2 diabetes). The insulin in cats is also produced in the pancreas and, as with humans, is responsible for regulating the flow of glucose from the bloodstream and to various cells in the body. Also similar to humans, the classic signs of diabetes in cats are increased (and often ravenous) appetite, weight loss, increased thirst, and increased urination. And as of this writing, there are treatments but no cure for feline diabetes.

Feline diabetes is generally divided into two types: insulin-dependent diabetes mellitus (IDDM) and non-insulin-dependent (NIDDM) diabetes mellitus. Statistically, half to three-quarters of diabetic cats have IDDM, which requires injections of insulin as soon as the disease is diagnosed. The rest have NIDDM and can be treated with oral medications and diet, and some cats (especially if the diabetes is a result of being obese) may not need insulin months or years after the diagnoses once the obesity is controlled. But if obesity or some other connected disorder is not a factor, the diabetes will probably not go away, and such cats will often eventually require insulin injections to control the disease. Without treatment, a cat with diabetes will have a shorter lifespan. In addition, other related disorders will cause the cat to become progressively weaker, including from diabetic neuropathy; several fatal conditions may develop, including ketoacidosis.

What are some risk factors associated with diabetes in cats?

The risk factors for diabetes in cats are very similar to human diabetes risk factors. According to the Cornell University Feline Health Center, risk factors for cats include obesity (the biggest risk and most often in older cats), age, gender (male cats are more commonly afflicted than females), chronic pancreatitis, medications (such as corticosteroids), and concurrent disease or infections.

Yes, as with most animals that develop the disease, diabetes in a dog is a disorder of carbohydrate, protein, and fat metabolism (how the body digests and uses food, mainly for energy) caused by an absolute or relative insulin deficiency. The process of metabolism is largely dependent on a sufficient amount of insulin in the body—and if a dog is deficient, it may develop diabetes. There are several symptoms of the disease, including weight loss, increase in urination, a change in appetite (eating more or eating less), drinking more water, fruity-smelling breath, dehydration, lethargy, and often urinary tract infections.

How do smaller and larger animals differ when it comes to diabetes?

Besides cats and dogs, many other small animals—mammals, mostly—can develop their own forms of diabetes. But there are differences. For example, ferrets develop insulinoma, or the opposite of what is common in humans with diabetes (lack of insulin). Afflicted ferrets have too much insulin because their beta cells are out of control, causing blood glucose levels to drop too low (hypoglycemia), which often causes nodules to form on the pancreas. Symptoms can often be inactivity (most healthy ferrets are active unless they are asleep), vomiting, drooling, and loss of appetite and weight. Larger animals, on the other hand, are less apt to develop diabetes than smaller animals, but diabetes has been reported in cattle, pigs, sheep, horses, and bison.

Why are dolphins of interest to diabetes researchers?

Researchers are interested in the bottlenose dolphin as that animal can have what could be called type 2 diabetes but with a big difference. Bottlenose dolphins can turn their type of diabetes “on and off” in a process that helps them keep enough glucose in their bodies even though they eat sugar-sparse diets (mostly high-protein fish and little sugar). The researchers believe this on-and-off process may have to do with the animals’ brains. Humans have relatively large brains as compared with their size, and dolphins are second only to humans in the ratio of brain to body size. In humans, it takes a great deal of sugar (glucose) to keep the brain functioning. Thus, researchers believe dolphins may have evolved their on-and-off diabetic-like states as an adaptation to maintain glucose for their bigger brains. This is only a theory, so more studies are needed.