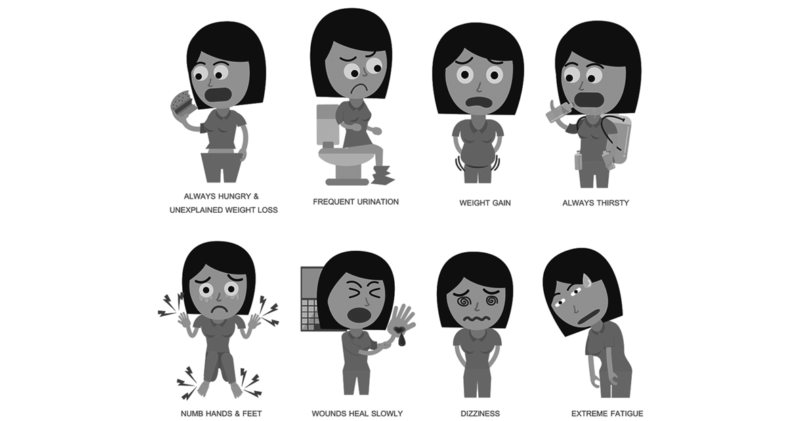 What are the early warning signs of type 1 diabetes?

There are several warning signs of type 1 diabetes. It is thought to be caused by the immune system attacking and destroying the body’s own pancreatic cells (those that produce the necessary insulin for the body). The following lists some of the traditional type 1 diabetes warning signs:

Is type 1 diabetes more harmful to women than to men?

According to a recent study in The Lancet Diabetes & Endocrinology, it appears that type 1 diabetes is truly more harmful to women than to men. The researchers looked at 26 studies that included more than 200,000 participants and found that women with type 1 diabetes had more than twice the risk of men of dying from heart disease, a 37 percent higher risk of dying from stroke, and a 44 percent greater risk of dying from kidney disease. Some scientists believe that the fluctuating hormone levels in women may affect their sensitivity to insulin. Furthermore, women’s blood vessels may experience more damage than men’s vessels when blood glucose levels are higher. Overall, the researchers recommend close monitoring of blood glucose levels in women with type 1 diabetes—and paying more attention to the risk factors (such as high blood pressure) that can raise women’s chances of cardiovascular events.

LADA is a form of type 1 diabetes mellitus. It is referred to by many names, including latent autoimmune diabetes in adults (LADA), late-onset autoimmune diabetes of adult hood or aging, slow-onset type 1 diabetes, or type 1.5 diabetes. In this disease, the type 1 diabetes diagnosis is made when the person is an adult. It comes on more slowly in adults, with the person not usually being overweight (as in type 2 diabetes) and having low or no insulin resistance. Overall, for a person who develops type 1.5 diabetes, insulin may not be needed for months or, in some cases, years (one report stated that insulin is, on the average, required five to ten years after diagnosis). No one knows how many adults truly have LADA because many health care professionals use the term LADA only for super-slow-to-develop cases, not all type 1 adult cases.

Polydipsia is the medical term for abnormal thirst. It is also considered an early symptom of diabetes, especially type 1. This thirst occurs because the body, as it suffers from elevated blood glucose (sugar) levels, responds by eliminating the excess glucose through urination. And as the person urinates more, the body demands more water, which is why a person with diabetes often experiences excessive, abnormal thirst.

Why do some adults develop LADA?

As in young children who develop type 1 diabetes, LADA diabetes apparently occurs in adults because of autoantibodies, or the antibodies that attack the insulin-producing cells in the pancreas. LADA can also form because of a person’s genetics or if someone in the person’s family (most likely a parent and/or sibling) has diabetes. (For more information about autoantibodies, see this chapter.)